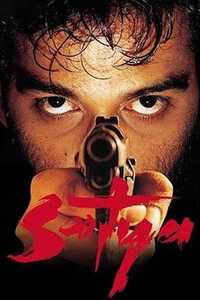 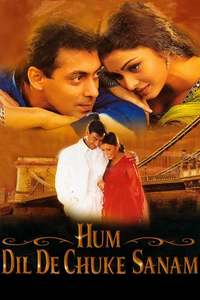 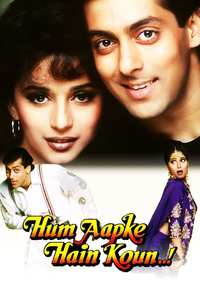 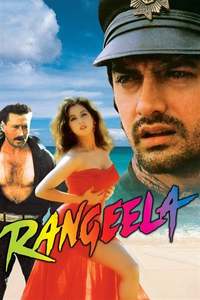 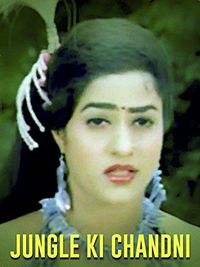 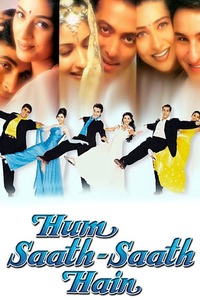 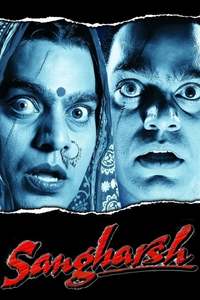 90s Movies On Eros Now
Are you in the mood for some good 90s movies on Eros Now, but wondering which one to choose? Komparify has an easy solution for you. The 1990s has been a decade where the independent films showed significant growth and success. Some memorable, iconic films were part of this decade. From thrillers to musicals: the 90s has spanned movies belonging to various genres and languages. Eros Now has diverse collection movies that include action, adventure, thrillers, sci-fi, heist films, comedy films, and everything in-between. There's no lack of choice: but figuring out the best movie to watch becomes a time-consuming and exhaustive task. We at Komparify completely understand your predicament: hence, we have created potent filters that simplify your search and make the process easy and enjoyable. We at Komparify ensure that finding the 90s movie of your choice on Eros Now should never be hard again. We update our list regularly so that you can make an informed decision and pick your preferred movie using our powerful filters. Once you are done watching the film, let us know your opinion by giving it a thumbs up or down.

The film follows Satya , an immigrant who comes to Mumbai looking for a job, befriends Bhiku Mhatre and is drawn into the Mumbai underworld.

Nandini has to choose between Sameer, the man who taught her to fall in love; and Vanraj, the man from whom she learnt how to abide and fulfill promises of love.

Prem, a top student, is learning the ropes of business under his elder brother Rajesh and his uncle Kailashnath...

A poor young woman, who dreams of Bollywood fame, is caught in a love triangle between her childhood friend and a famous actor.

Jungle Ki Chandni is a 1992 film, directed by Cross Belt Mani and produced by Krishna and Vijeya Raja. The film stars Ratish ,Sattat, Balan K.Nair,Anuradha, Madhuri and Jaya in lead roles. The film had musical score by Guna Singh.

A realistic, hard-hitting portrayal of terrorism and youth in the Punjab after the 1984 riots.

Prahaar is the story of Major Chavan, a tough and stern soldier, trained to destroy the enemy. He can...

Aman (Sanjay Dutt) is a poor, handicapped orphan who is befriended by wealthy Akash Verma (Salman Khan) during his childhood...

Ramkishen and Mamta have three sons Vivek , Prem and Vinod and a daughter Sangeeta. This family is part of a joint family whose close knit bond is challenged by a misunderstanding.

A rookie CBI officer must enlist the help of an incarcerated criminal in order to catch a serial child killer, who has recently escaped police custody.

A housewife learns that her husband is cheating on her. Thus, her quest to bring him back begins

Two young Indians, Meena and Rajesh, meet in Europe and fall in love with each other, promising to get married when they return back to India...

Fellow Police Inspectors Arjun and Pyare work in the same Police Station in Mumbai, India. Although they work together...

Sharda Yadav is the widow of Ramnath, who was a freedom fighter. Now she lives a poor but very respectable lifestyle with her two sons...

The film is about an honest person who finds happiness in spiritual life and goes up against his atheist brother who rejects religion. Mithun Chakraborty plays a double role as both brothers.

Based on the Hindu epic Ramayana, starting from Bharata Milapa.

A mother sacrifices for her family. But a step-son? This is a story of a woman, her step-son, her natural son...

Sultan is a kind-hearted and generous man who was compelled to become a gangster. He has trained Damodar to be a gangster...

Chandrashekhar or Shekhar as he is called now, belongs to an aristrocratic family, who believe laughter is a sign of belonging to the lower class, and as a result laughter is not encouraged in the household, run by Shekhar's domineering mom .

Jim Lake Jr. is an ordinary kid with a busy Mom and a yearning to have adventure in his life.

Kashinath and Imli are childhood sweethearts and everyone expects them to marry. Then comes rich, wealthy...

Shalini wants her daughter, Jyoti, to get married with son of a wealthy man, Gulu. But Jyoti doesn't like Gulu...

Priya Verma is a beautiful young woman who studies in N.M. College in Bombay. One day some fellow collegians...

Widower Mahendra Prasad lives a very wealthy lifestyle along with his daughter, Kiran, in a palatial house...

Two children, Samson and Reshma Singh, grow up in Central India, and would like to remain together forever...

A story revolves around a girl who got raped and died in vain waiting for her lover. The spirit wanders in this haunted broken mansion and takes revenge.

Deputy Commissioner of Police single-handedly arrests a notorious gangster by the name of Jabbar, only...

An eligible bachelor and Bollywood film-maker, Amar lives a wealthy lifestyle in Mumbai. He meets with and falls in love with an actress...

Deepak (Vikas Bhalla) and Jyoti (Neelam Dharamdas) are in love, against her wealthy father's wishes...

After witnessing the sudden death of a woman, who was unable to afford hospital treatment, Dr. Ajay...

A poor mill worker, Dhanraj, finds out that his sister, Pushpa, is pregnant, and that the man responsible for this is his boss...

Pinky and Atul alias Bunty are in love with each other, and plan to marry. They, however, run into opposition with their respective families...

Pritam and Bano, two wish-fulfilling snakes in human form, are pursued by a demon, Aghori, who wants to capture them and make himself immortal. Bhola, a snake worshiper, helps them escape so they protect him and his sister.

Kanoon Ka Khiladi is a 1998 film, directed by S.P. Muthuraman and produced by S Venkateswara Rao. The film stars Rajnikanth,Khushboo, Archana Puransingh and Rakhee in lead roles. The film had musical score by Ilaiyaraaja.

Grandpa and Grandma Kapoor live a wealthy life-style with their only widower son, Kailashnath and his daughter Ashi who is of marriage-able age...

Even after the end of her lustre empire, Ranimaa still believes that she is an empress, though her palace has now been turned into a hotel..

Con-man and thief Sanju donates his loot and money to orphanages; his life changes when he crosses path with a notorious gangster...

Prem Kapoor lives a wealthy life-style with his grandfather, as his parents had passed away in a plane crash when he was a child...

A high-ranking Polish politburo member is banished from the party, and must find out why. Set in 1979 Poland before the Solidarity events.

Premi is a bachelor who has re-located from distant Uttar Pradesh to Bombay, and makes a living selling poems to a wealthy man by the name of Benni...

To seek justice for her parents who were killed by a bandit on her wedding day, a young woman rebels for revenge in this hardcore drama.

Ganga lives a poor lifestyle in a village along with her widowed dad, Ramdas. She is friendly with wealthy Jamuna...

Brahmdutt, a rich Steel Baron is falsely convicted in the murder of his best friend and business partner Premchand...